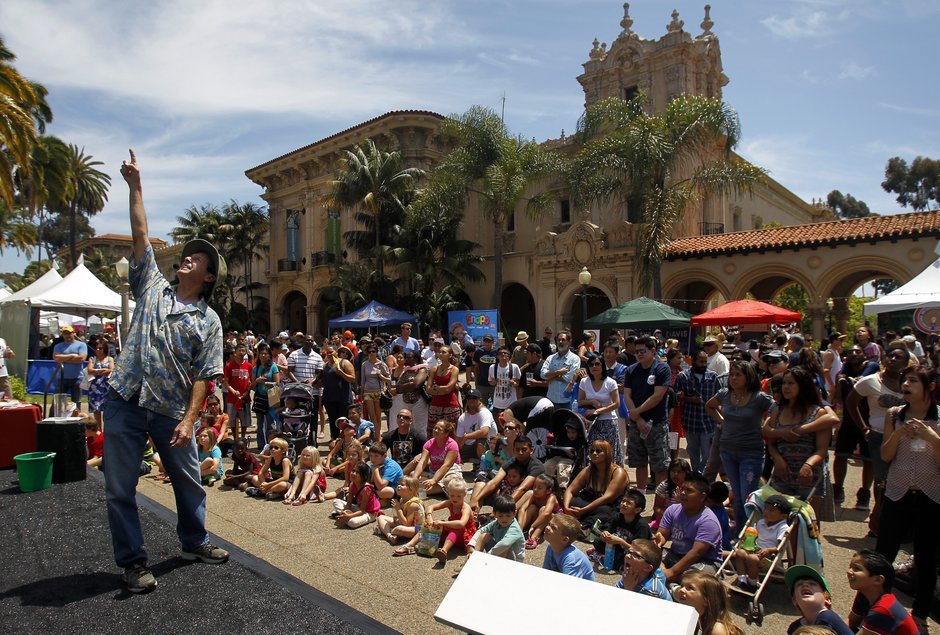 The Dr. Wilderness and friends touring show :  25 years of  performances

Dr. Wilderness and Lisa perform an original illusion "Floating on a Cloud"

“He is to nature what Mr. Rogers is to neighborhoods. Make no mistake, it is the pleasing and personable Barnes who makes this show come to life!”

“Khevin, it’s heartwarming for me to know that there are people like you who are working to bring caring messages about science and nature to children.”

Khevin’s shows were seen by over one million elementary school students from 1990 to 2020 in 3,500 elementary schools in the U.S. with special performances for children in Japan, Germany, and South Korea. He has been featured in the “SAN DIEGO EARTH FAIR”, the largest Earth Day event in the country for 20 consecutive years, along with performances in 55 countries and 4 tours for the United States Department of Defense.

Today he performs for elementary school audiences, fairs, festivals and special events. The programs are science and nature based with an emphasis on environmental education and natural history.  The Audubon Society called Khevin Barnes “America’s premier environmental magician” and he was voted “Best Family Entertainer” by the Pacific Coast Association of Magicians.

You can request a show through the Dr. Wilderness email or over the phone.